Already qualified and assured to finish at the first place of the group because of a perfect record of 5 wins in 5 games, Bayern Munich receives a Barcelona team close to disaster from the 3rd minute. Ter Stegen made an incredible mistake in the rebound, which Muller could have exploited if Busquets had not stopped him illegally. Without being dominated, Barça remains feverish defensively and concedes more opportunities to the Bavarian attack. Both teams are humming as evidenced by the statistic of only 3 attempted shots (in total) at the half-hour mark. At this moment, Barcelona has to face an important blow.

Touched behind the right thigh, Jordi Alba has to give up his place to Mingueza. The Spanish defender suffers from the moment he enters the game. In the 35th minute, Lewandowski played with Piqué and then put in a beautiful cross to Muller, who easily got the better of the new Barça player in the air. The rest of the first half was totally in the Bavarians’ favor as they took control of the ball. Julian Nagelsmann’s men doubled the lead in the 43rd minute through Sané. The former Manchester City player hit a powerful shot from outside the box and took advantage of a handball from Ter Stegen to score his fifth goal of the season in the UEFA Champions League. 2-0, the score is similar to the one at Benfica’s home ground, which leads against Dynamo Kiev.

Author of only 2 shots in the first half and outrageously dominated in the possession (62% for Bayern), Barça goes back to its weaknesses from the start of the second act. Sané missed a chance just seconds after kick-off. Musiala was the one to give the Blaugrana the final blow in the 62nd minute when he made it 3-0 after a superb work by Davies. The score would not change until the final whistle.

With this setback and, at the same time, the victory of Benfica against Dynamo Kiev, FC Barcelona ends this group stage in third place in Group E with a total of 7 points. The Catalans will seek consolation with the Europa League. A first for Barça who had not been eliminated from the group stage since the 2000-2001 season, while Bayern Munich signed the 6 out of 6!

As for the next matches of both teams, Barça will travel to Osasuna for the 17th day of La Liga. Bayern Munich will host Mainz. 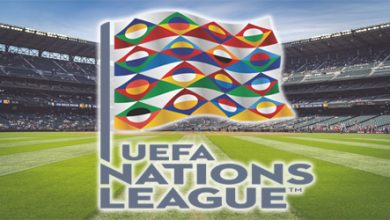